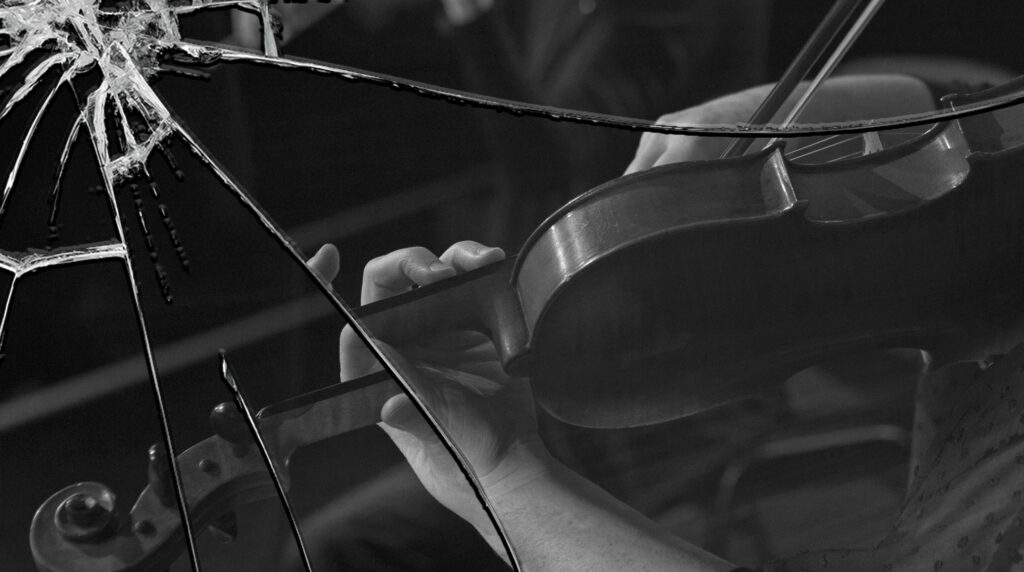 We’re thrilled to share that we have won an award for the powerful video opera highlighting the stark realities of domestic abuse.

The Smiley Network Charity Film Awards 2022 were hosted in London last week, and we were awarded top spot in the Longform Film – under £5m Turnover Film Category.

The video opera, ‘Behind Doors’, in which domestic abuse survivors and perpetrators appear and describe their experiences and feelings, was first premiered in December 2020.

The aim of this emotive and harrowing piece is to help more people understand the stories of those involved in domestic abuse, and ultimately, end male violence against women.

The Charity Film Awards celebrates the brilliant use of film as a powerful storytelling tool for the third sector to change mindsets and raise awareness of good causes, and more than 300 charities took part in the 2022 awards.

‘Behind Doors’ was written by composer John McHugh and performed by a string quartet made up of musicians from the Royal Liverpool Philharmonic Orchestra.

There are seven contributors to Behind Doors from across the UK and beyond, and all are, or have been, service users at either SafeNet or Acorn Recovery Services; a Calico Group charity which provides a range of recovery services that enable individuals and their families to break free from drugs, alcohol and other addictions.

This includes five domestic abuse survivors and two perpetrators who also experienced domestic abuse in their home over their childhood. The film ultimately delivers positive messages by showing how lives have been turned around and rebuilt through refuge services after years of severe domestic abuse during which you ‘suffer in silence because you have to learn to be that way’, until escaping the cycle of abuse and learning to ‘walk with your future’.

Calico Group production company, Bad Karma, coordinated, filmed, and produced the candid and thought-provoking piece. The full version of the film can be viewed here: https://www.youtube.com/watch?v=WS80JJVrwd0

Helen Gauder, Managing Director at SafeNet, said: “I never cease to be amazed at the courage victims and survivors find to reset and restart their lives free from abuse.  Some victims don’t survive, and we should never forget that. But for those who manage to escape and change their lives, who create safer healthier lives for themselves and their children, their stories offer a sense of hope to others who find themselves living in domestic abuse.”

Calico Executive Director Helen Thompson, who commissioned the composition, said: “Our ambition in creating the film was to raise awareness around domestic abuse and the impact it has on people. The more understanding there is within society, the more likely we can all do something about it. The award gives us the platform for more people to see the film, which can only be a good thing.”